Substance Abuse Professional Evaluation for FMCSA and the Department of Transportation (DOT) Drivers.

If you failed or refused a urine screen, you are in violation of § 40.285 When is a SAP evaluation required? (a) As an employee, when you have violated DOT drug and alcohol regulations, you cannot again perform any DOT safety-sensitive duties for any employer

Most SAP Evaluations are done to help a DOT driver get back on the road after failing a randomized drug screen, a refusal, or a failed pre-employment urine screen. . There is more than one way to fail these types of screens and the most controversial way is what is called a refusal. Refusal simply means that you did not do the screening at the location and at the time that it was given. Here is an example of what could be considered a refusal.

John has been driving for a trucking company called Acme Trucking for the last 25 years. He has never failed a randomized drug screening and has actually never attempted either alcohol or drugs. Today he hears on dispatch that he is being called to a DOT certified screening center and he will need to provide a urine sample. John understands that he needs to comply with the DOT regulations and heads straight to the screening center. Upon arrival, he gets in line and receives a ticket number, and is simply waiting for his number to be called. John then receives an urgent phone call.
His daughter just got in a car accident and needs a ride back home because her car is totaled. John is a good father and without a second thought gets in his truck and drives to the scene of the accident, picks up his daughter, drives home, and not only saves the day but also incurs a refusal to take a screening.
You may ask yourself why? If you sign in to do a screening at a center and leave the premises for any reason, you will incur a refusal to test which is considered a positive screening. You will have to undergo the same steps as an individual who tested 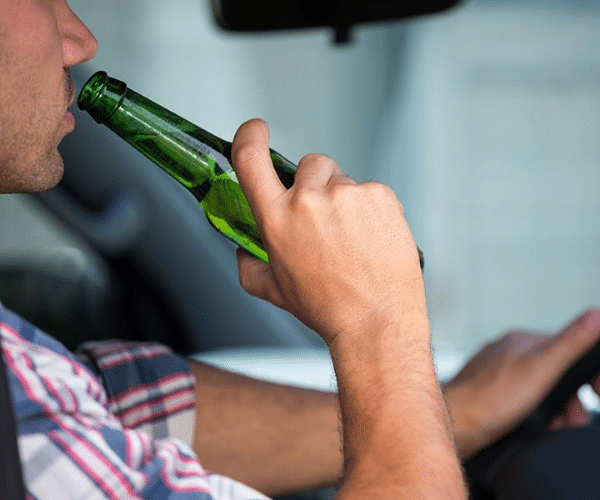 positive for any substances. Unfortunately, the Clearinghouse has heard every excuse under the sun and simply has a policy that cannot be refuted for any reason. So, what does the process look like in order for you to get back on the road once you have incurred a citation in the clearinghouse? The first step to this process is to select yourself a certified SAP who is in the clearinghouse. You may be asking another fair question: What is the clearinghouse? The clearinghouse is a DOT website and compendia of DOT certified workers. This website holds information for anyone certified by the DOT which includes drivers, SAP’s, etc. When you receive a citation from the clearinghouse for a positive screen/refusal the only way to have this removed is to undergo an SAP Evaluation and complete whatever recommendation is given to you.

Currently, the SAP requires at the minimum a 16 Hour SAP Addiction prevention workshop before you can get back to work. Upon completing the workshop, you will be given a Return to Duty Letter or RTD for short. This Return-to-Duty (RTD) can be given to an employer who is willing to hire you. Once they receive the letter, they will send you off to a DOT certified screening center and if you test negative for all substances then your new employer will enter these results into the clearinghouse, your citation will be removed, and you will be eligible to return to work!
Again, this is the minimum amount of work needed to receive an RTD, but cases are different from driver to driver, and recommendations vary depending on a variety of factors which include things like past use history, illicit substance type, and amounts, mental health, etc. Obviously, a recommendation for a refusal will be much less than one for someone who fails a urine screening for heroin or cocaine.
If you or someone you know is missing out on thousands of dollars of pay due to an infraction in the clearinghouse then make sure to contact AACS so that we can get you back on the road and your bank account back out of the negative as soon as possible. You may be asking yourself another question: Now that I have a violation in the clearinghouse will I even be able to be hired? Many individuals who have received an infraction fear whether they will be able to find a company that is willing to hire them after. While there are many companies that automatically filter out anyone with a past clearinghouse violation, there are many companies that are willing to hire someone who has completed an SAP. Also, think about the following: do you really want to work for a company that doesn’t even give you a chance to show your true worth and just throws your resumé in the trash without asking what might have happened? I know I wouldn’t.

Subpart O – Substance Abuse Professionals and the Return-to-Duty Process § 40.285 When is an SAP evaluation required?

(a) As an employee, when you have violated DOT drug and alcohol regulations, you cannot again perform any DOT safety-sensitive duties for any employer until and unless you complete the SAP evaluation, referral, and education/treatment process set forth in this subpart and in applicable DOT agency regulations. The first step in this process is an SAP evaluation.

(b) For purposes of this subpart, a verified positive DOT drug test result, a DOT alcohol test with a result indicating an alcohol concentration of 0.04 or greater, a refusal to test (including by adulterating or substituting a urine specimen), or any other violation of the prohibition on the use of alcohol or drugs under a DOT agency regulation constitutes a DOT drug and alcohol regulation violation.